BACK TO OUR COMMUNITY SALUTES

A community devoted to new service members and their families 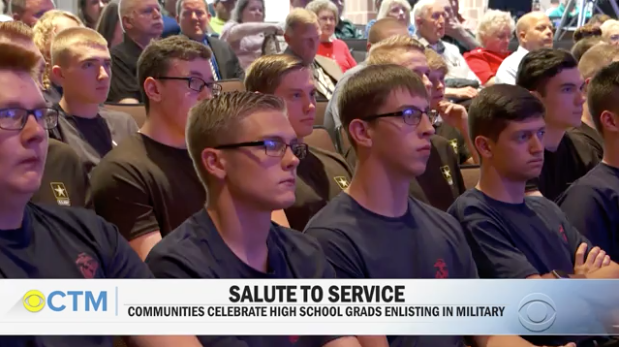 During high school graduation season, many schools celebrate the colleges their students plan to attend. But some are also honoring graduates who decided to enlist in the military.

New York’s Windsor Central High School is one of those schools. “I think it’s great for the ceremony to happen because there is not a lot of representation in the schools,” said Erin Evanitsky, a U.S. Army recruit. “But here, this is what it’s all about. It’s completely for us.”

Evanitsky will graduate second in her class. Instead of heading to college, she enlisted in the Army, and plans to become a veterinarian.